What is the Difference Between a MacBook Pro and a MacBook Air?

When buying a second hand machine, it's important to know a little about the different models, as over the years, Apple change their machines slightly! They like to keep us guessing, so a Macbook Pro from 2011 is going to be different from one made in 2017.

Read our quick guide below, and as always, feel free to e-mail us, or give us a call with any questions!

Lets start with the Macbook.

The MacBook range was originally aimed at consumers; home users and students vs the MacBook Pro aimed at professionals. Apple dropped the MacBook range between 2011 and 2015 when it re-appeared until 2019 when it has once again been dropped, presumably because there was no clear difference between it and the latest MacBook Air.

Although the difference between MacBooks, MacBook Airs and MacBook Pros has changed over the years, for any given age, the MacBook will typically have fewer ports (connections such as USB or SD card slots) and lower processing speeds. 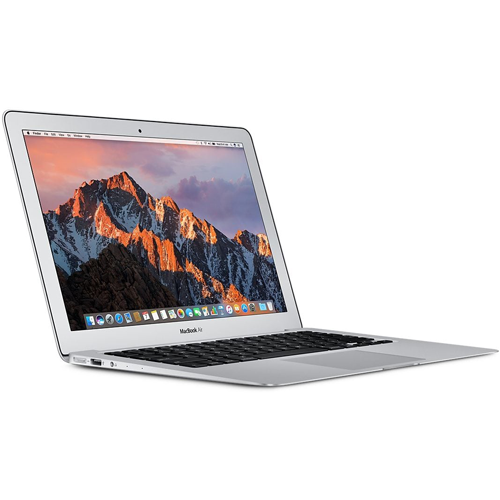 The MacBook Air is aimed at those wanting the ultimate slimline, lightweight Apple laptop who are prepared to sacrifice some functionality and expandability to achieve this.

They are perfect for those who work on the go and were hugely popular when they came out because the MacBooks and MacBook Pros at the time were so much thicker and heavier.

As all Apple laptops have got thinner over the years, the difference in size and weight has got less and less

The MacBook Air became more similar to the MacBook - in that it’s cheaper than the MacBook Pro (fewer ports and lower technical specification.)

If you are buying a refurbished machine, chances are it’s a few years older so this is where the differences from the MacBook pro come into play!

The earlier MacBook Air, is slimmer, more portable, doesn’t have a DVD drive but has fewer ports (USB etc).

It is great for having basic functionality while being super light weight. If you have work to do which is processor heavy, editing large video or image files, you will find it a bit limiting, and a MacBook Pro would suit you better.

Memory is not upgradeable on any MacBook Airs so older models can struggle with newer applications. We have plenty more information about the MacBook Air should you want it - please email us or drop us a message on messenger if you have more questions, or you want us to point you in the direction of a machine to suit your needs. 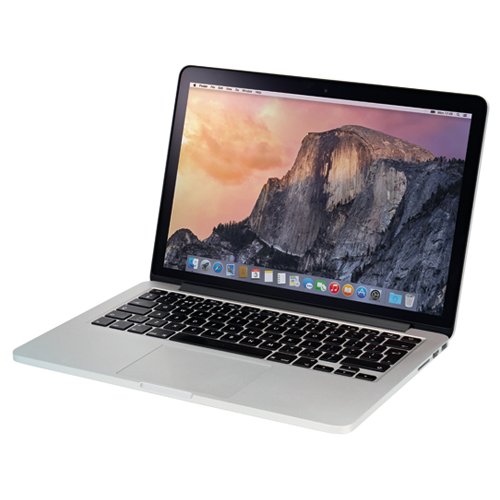 The MacBook Pro range is aimed at professional users who need more power, a larger screen or more connectivity (ports) than a MacBook or MacBook Air. Available in multiple screen sizes to suite your needs, they are the king of Apple laptops.

The most important decision is screen size. Models with bigger screens are easier to work on but are heavier and more expensive. Next, consider whether you need a DVD drive because from mid-2012, Apple stopped putting them in laptops. At the same time they also stopped making the memory upgradeable so earlier models can usually be upgraded if necessary. 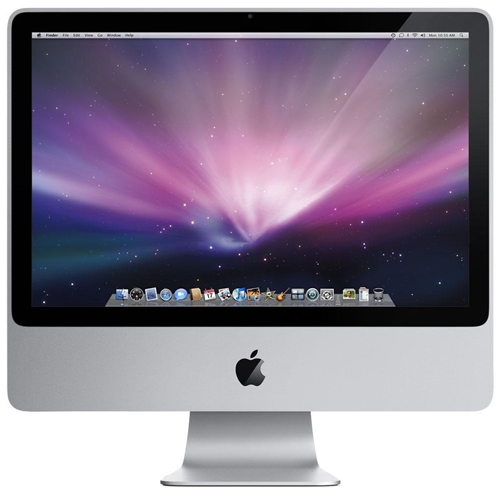 The iMac is Apple’s most popular desktop computer range. It is an all-in-one machine, giving the benefit of not needing a separate screen making it perfect to just sit on your desk without the need for space to store a bulky base unit. Compared to Apple laptops of a similar age, the iMac provides a much larger screen, typically faster processing speeds and more storage capacity. It’s a pretty powerful machine which makes it the choice of many designers, photographers and web designers around the globe. It also looks pretty great sat at your desk!

iMacs are available in multiple screen sizes with larger sizes being more expensive, bulkier, but lovely to work on. If you need to use CDs or DVDs, be aware that Apple stopped putting them in iMacs from 2012 although you can always use an external USB drive. For a great all round desktop for office or home, there will be an iMac to suit budget and requirements. (browse here!) 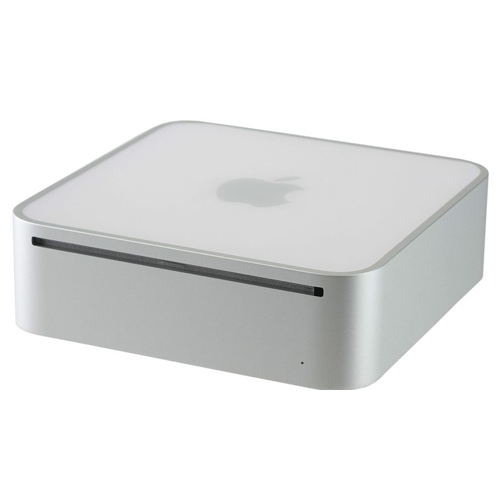 If you are unsure what this is, then you’re not alone! (Insert photo). No, it’s not a hard drive, but instead, a really small desktop computer! It can be used with pretty much any modern computer screen, USB keyboard and mouse, and once hooked, it’s a mini desktop Mac. It’s ultra cheap and ultra small and easily transportable. Ideal for those who already have a screen they can use and can’t afford an equivalent iMac.

Mac Minis are pretty straight forward machines with not many differences between models. The only major change was the Apple stopped putting DVD drives in them in 2011 although you can still connect an external USB drive. 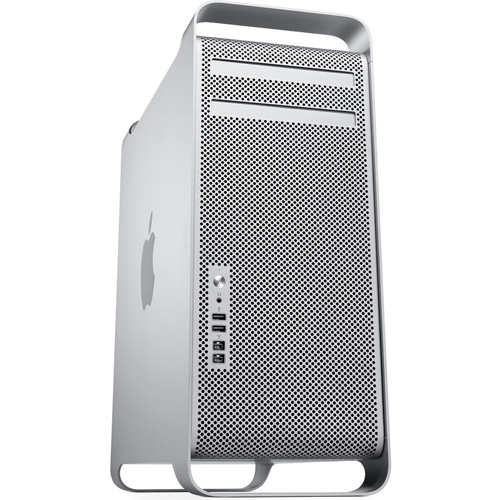 This is a beast of a desktop computer!

As it’s name implies, The Mac Pro range is aimed and the professional power user who is prepared to pay a lot for the fastest Mac available and loads of expandability. If you need tons of power, processing speed and storage, this may be what you’re after! Although older Mac Pros may not be super fast by today’s standards, they can still pack a punch and offer unrivaled storage and expandability.

The Mac Pro a tower design like a typical PC so it needs a separate screen. It has been through a few face lifts over the years, with the latest model released this year. Between 2013 and 2019, the MacPro range changed radically to a compact cylindrical design often referred to as the ‘trash can’ which had virtually no internal expandability which had always been one of the key advantages of the range.

Apple like to change things up, so each new range changes slightly. The best way to go about making your choice, is to set your budget, and then browse the models which fall within it and suit your needs.

You may find one of the older models is better for what you need although you if you need to run a particular operating system (OS) or application version, you should check the minimum system requirements. This can change and we can’t advise on every piece of software, so if there is one specific program you use, make sure the machine you buy will run it. As a general rule, newer models will cost more but last longer before they cease to be useable so you have to trade off price against longevity. Having said that, because Apple produces different types of machines (as summarised above) with different processor speeds, a computer can actually be faster than another computer that is much newer. This is why we put the ‘GeekBench’ score on every Mac. This is an independent bench mark of the raw processing speed which is helpful when considering the relative speed of different Macs.

Do contact us if you’re still not sure whether which Mac will suite you best and we’ll do our best to advise you.